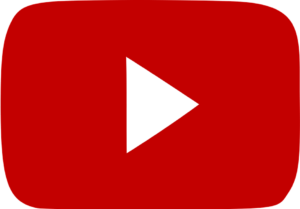 YouTube is ever-evolving. The platform is home to a whole world of videos from talk shows, challenges, to dogs doing tricks and pandas sneezing. And each week newcomers make it to the top and become the infamous videos that go viral.

YouTube is the emperor of video platforms. Many people will work hard and post to the social media with the hopes of becoming the next big thing, but with 300 hours of video content being uploaded every minute, it is incredibly difficult to get your video seen.

Below are our best tips for making the most compelling video and to improve the likelihood of your content going viral.

According to YouTube personality, Kevin Nalty, to be considered as a viral piece of content on YouTube, it must gain 5 million views within a 3 to 7 day period.

In order to go viral, you have to understand why and how videos and media content achieve this status. It is easy to scroll through the timeline of YouTube to find pages of videos with thousands or even millions of views – and wonder how this is even possible?

It is important to know that things don’t actually just go viral overnight. Most channels who have hundreds of thousands to millions of subscribers have been active on the platform for years. Only a tiny handful of people will create a video with the chance of it blowing up with minimal work. So, in order to go viral, you firstly have to understand that success doesn’t always happen overnight.

This is probably the biggest aspect that will take control over the video ranking, and will determine how well it does on YouTube.

Optimising a video has many different parts, but they all work together in order to get the video on that front YouTube page, where it will see the most traffic. In terms of editing via a video workstation, find an editing style that you like and works well for the type of content you are creating and then use this as a common style for all of your videos. This allows you to create a strong brand and online reputation for the type of content you put out.

Within YouTube, there is a series of words and phrases that get far more traffic than others. From the how-to’s to the hacks, these drive up viewers with their short yet compelling titles that use the right keywords.

The title should focus on making the video sound like exactly what the viewer needs. ‘5 ways to create a million-dollar facial’ or ‘ beauty hacks you’ve never seen’ will make the audience feel like these are tips they need – so they will watch it. Avoid heavily clickbaited titles that mislead the audience, this will make it easy for your viewers to lose trust in your content.

Look Out For Duplicates and Use Them to Your Advantage 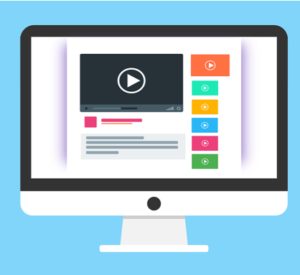 Initially when coming up with content ideas, reach for a video that has not been done before. It is likely that the video produced has similarities to others on YouTube, with almost 5 billion videos being watched every day. So in order to stand out from the crowd, people want to watch something they haven’t seen before. If you are creating a video that other people have already published on YouTube, take a look at how their video is doing and what the comments consist of. By doing this, you can gauge a feel for what the viewers liked and disliked about the video and use it to your advantage.

Make it Available to As Many People As Possible

If your video has spoken words and content that is in English for example, take the time to make sure that the subtitle settings are set to as many languages as possible. You can manage this function in the video manager area of your YouTube account. Subtitling your videos increases the chances of receiving more views as people who are deaf or hearing impaired, and those who speak various other languages will understand the video.

Keep it Short and Sweet

It is known that the human attention span typically ranges from 10 to 20 minutes. With our minds constantly working, it is easy to lose focus or have attention drawn to something else, especially with the suggested videos displayed on the side of the page.

So, keeping a video short, around the 20-minute mark maximum will increase the chances of a viewer sticking around to watch the whole thing. 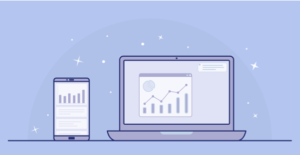 This may sound rather silly, as people use YouTube every day. But, just like sites such as Instagram, there are a number of suggested ‘prime times’ of posting to YouTube to attract more viewers.

Posting a video on a Monday or Tuesday is the best time as it gives the audience the entire working week to watch the video in between working, cleaning or eating. The weekends are labelled as the bad time to post a video, if it is aimed at the older generation. Posting during the week between 2pm and 4pm is said to be the most densely populated, internet active times.

The weekends are usually free time for children in school and working adults, but this is when the working population tend to get their errands completed, or are focused on other things such as spending time with family and friends. However, when posting on the weekend, aim to publish between 10am and 11am as this is when most people tend to be active.

Each account has YouTube analytics which make it easy to view the best posting times for your channel as well as other interesting insights you can use to your advantage.

The one thing everyone will see and analyse before clicking on the video is the thumbnail. This is especially important if the link to the video will be posted on various social media platforms.

Create a thumbnail that is eye-catching, uses the psychology of colour, and shows the message of the video instantly. Avoid using texts and focus on small snapshots, pictures or shapes, as these are most attractive and can be seen well on any device.

Think about the thumbnail as a book cover. Without realising, the book cover with the most appealing imagery on the front makes us believe it is going to be a good book – do the same with YouTube videos!

Don’t Stop Working At It

It is a rarity to become an overnight sensation. These things take time, work and effort. Keep consistent when posting on social media. Be interactive with the audience and keep them involved to get those views skyrocketing continuously.

Like everything else, making it big takes work, so do not get sidetracked or back down when things don’t seem to be going to plan!

We use cookies on our website to give you the most relevant experience by remembering your preferences and repeat visits. By clicking “Accept”, you consent to the use of ALL the cookies.
Cookie settingsACCEPT
Manage consent

This website uses cookies to improve your experience while you navigate through the website. Out of these, the cookies that are categorized as necessary are stored on your browser as they are essential for the working of basic functionalities of the website. We also use third-party cookies that help us analyze and understand how you use this website. These cookies will be stored in your browser only with your consent. You also have the option to opt-out of these cookies. But opting out of some of these cookies may affect your browsing experience.
Necessary Always Enabled
Necessary cookies are absolutely essential for the website to function properly. These cookies ensure basic functionalities and security features of the website, anonymously.
Functional
Functional cookies help to perform certain functionalities like sharing the content of the website on social media platforms, collect feedbacks, and other third-party features.
Performance
Performance cookies are used to understand and analyze the key performance indexes of the website which helps in delivering a better user experience for the visitors.
Analytics
Analytical cookies are used to understand how visitors interact with the website. These cookies help provide information on metrics the number of visitors, bounce rate, traffic source, etc.
Advertisement
Advertisement cookies are used to provide visitors with relevant ads and marketing campaigns. These cookies track visitors across websites and collect information to provide customized ads.
Others
Other uncategorized cookies are those that are being analyzed and have not been classified into a category as yet.
SAVE & ACCEPT